2014 was a challenging but very fruitful year for us. Despite the local and global problems we held a number of important scholarly and public conferences with accent on ecumenical dialogue and civil society, published many new books and organized several Summer Institutes.

We continued our highly successful Summer Theological Institutes (STI), organizing two sessions in Moscow: the 13th STI and the 10th Summer Institute on Theology and Science on 30 June-12 July. These were vibrant meetings with very intensive studies and active communication between students and teachers. Ca 40 students came from all over Russia, Ukraine, Belarus, Kazakhstan and other countries and represented all major confessions. Many of them were established specialists and university professors. Teachers were St. Andrew’s best professors. 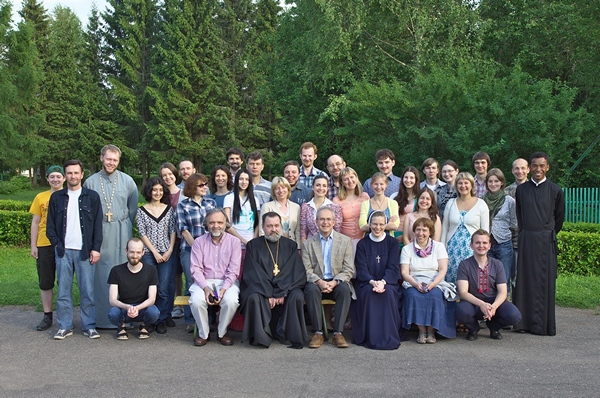 5th Symposium Feast Images in Theology, Philosophy and Culture in memory of Natalia Trauberg; Christianity in a Post-Modern World, a conference dedicated to 100th anniversary of Metropolitan Anthony Bloom, one of our past Patrons; The Heritage of St. Sergius of Radonezh and Russian Cultural Ecology (to his 700th anniversary); and the 19th St. Andrew’s Readings on contemporary theological issues were open to a wide audience and gathered many friends of our Institute.

A number of important international conferences were organized in 2014: Bible Text and Exegesis in Different Traditions, Moscow, 30-31 May – a conference dedicated to 100th anniversary of Bruce M. Metzger, one of our past Patrons; Theology of Communion, Bose, Italy, 20-23 October; Theology of the Holy Spirit: Personal Experience and Charismatic Movements in the Contemporary Churches, Sibiu, Romania, 12-15 November combined with the 5th Consultation of an Orthodox-Protestant-Catholic network “Development of Ecumenical Leadership in Mission”; and Interconfessional and Interreligious Dialogue in Russia and the Post-Soviet Space, Moscow, 11-14 December.

St. Andrew’s is a recognized leader in academic theological publishing in Russian and our books are in demand at Orthodox, Catholic and Protestant seminaries, university theology departments and, most important, in the secular market. In 2014 we published 24 volumes including:

Our participation in international book exhibitions in Frankfurt and Moscow helps us to develop cooperation with leading publishers and book distributors worldwide. And we maintain our special book distribution projects to theological, university and regional libraries and to theological graduates – though at a reduced scale this year.