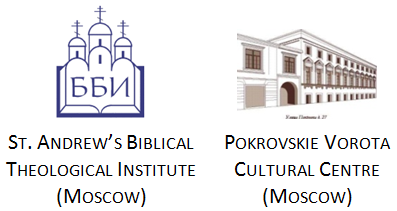 The digital age that began in the second half of the 20th century with the invention and extensive use of computers has brought radical changes to our society. At the turn of the 21st century digital technologies (such as personal computers, mobile phones, the internet with social networks, new media, etc.) have become an integral part of our everyday life. They affect every sphere of it: work, study, leisure, communication, creativity; indeed, the digital age is changing our self-understanding as humans.

Religion and spirituality also do not remain unaffected by this epochal change. New ways of practicing religion and worshipping God are gradually penetrating into traditional religiosity, even in the least technologically developed corners of the globe. And this concerns not only “technical” aspects of religion and spirituality (e.g., apps on mobile devices that assist with prayer, sermons live-streamed through the internet, religious communities based on internet communication rather than on the physical presence of their members in a certain place, and even the Eucharist celebrated online). Digital technologies change the way we think about ourselves, about the world, and about God.

To take just one example, the digital age has created “virtual reality” which can perhaps be regarded as a new kind of reality in addition to “physical” and “mental” ones. This reality is populated by virtual beings (built around computer programs) that are able to develop and to reproduce themselves independently of us humans, and to communicate with us. This raises a serious question as to how the religious imagination should react to this new reality. Can religious experience somehow extend to it and, if yes, what kind of spirituality could this experience lead to?

Contemporary people are becoming increasingly dissatisfied with traditional religious mythologies, conceptions and imageries, as already the “New Age” spirituality of the second half of the 20th century has clearly shown. The digital environment of today opens new possibilities for the religious imagination and, probably, for creating new religious languages and practices. The forthcoming conference aims to reflect theologically and philosophically on different aspects of the digital age (such as virtual reality, artificial intelligence and “transhumanism”, but also new forms of communities built with the aid of digital technologies) that have or may have a serious impact on religion and spirituality.

Those who wish to present a paper should send a summary (400–500 words) by email to St. Andrew’s Institute by 15 November 2022. The Organizing Committee selects papers for the Conference and sends invitations to the speakers. The full texts of all selected papers will have to be submitted by 5 December 2022. The working languages of the conference will be Russian and English.

Papers are scheduled for 20 minutes each. Some of the papers will be published in a book on the theme of the conference. The registration form can be found on St. Andrew’s website www.standrews.ru. Registrations, summaries and papers should be sent to the Organizing Committee at bbi.standrews@gmail.com or standrews@yandex.ru.

The working days of the Conference are 12 and 13 December. It will be possible to present a paper online (via Zoom).