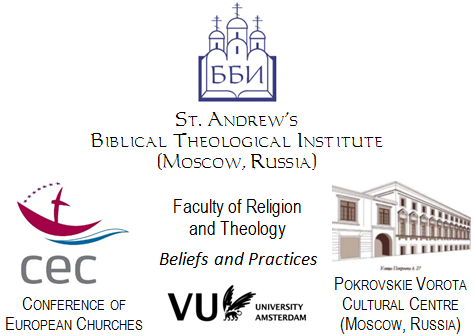 THE PERSON IN A POST-RELIGIOUS SOCIETY

Significant changes taking place in contemporary society over the last decades, caused by globalization and the information revolution, allow us to speak of a new emerging religious situation. Traditional religion is more and more superseded by a different kind of religiosity often called “post-religion”. This multifaceted phenomenon is difficult to determine in strict terms but it can roughly be described as a free, open and non-dogmatic search for the sacred, which often finds its expression in emerging groups and communities that, unlike traditional religious bodies, are non-hierarchical in their structure and have a more positive attitude toward the contemporary world with its aspiration for individual freedom and self-realization. This applies not only to the so-called new religious movements but increasingly to the mainstream religions, including Christianity. Even within the most conservative Orthodox churches there emerge such grass-roots movements inspired by new ideas and new approaches to age-old existential and spiritual issues. Post-religion thus should not necessarily be presented as something totally opposed to and separate from traditional religiosity; it can perhaps be regarded as a further stage in the evolution of religion conditioned by new developments taking place in human society.

How does this new situation affect the concept of the person, the very content of this idea? Christianity has often claimed that this concept has theological roots: as long as the human being was considered to be an image of God, the idea of the human person was deeply influenced by the notion of the Trinity and the interpersonal relations between its hypostases, as this was developed in early Christian theology. Even if this is not the full truth, still one can hardly deny that a religious dimension has been important for the understanding of the human person in medieval and modern times. But what kind of changes in the concept of the human person can we observe today, in our post-modern and post-religious age,

These are some of the questions we would like to discuss at the forthcoming conference.

Those who wish to present a paper should send a summary (400–500 words) by email to St. Andrew’s Institute by 1 November 2020. The Organizing Committee selects papers for the Conference and sends invitations to the speakers. The full texts of all selected papers will have to be submitted by 1 December 2020. The working languages of the conference will be Russian and English.

Papers are scheduled for 20 minutes each. Some of the papers will be published in St. Andrew’s quarterly Pages: Theology, Culture, Education. Registration form can be found on St. Andrew’s website www.standrews.ru. Registrations, summaries and papers should be sent to:

The working days of the Conference are 11 and 12 December. The organizers can assist the speakers in finding suitable accommodation in Moscow. Some scholarships to cover part of the cost of participation in the conference might be available upon request.