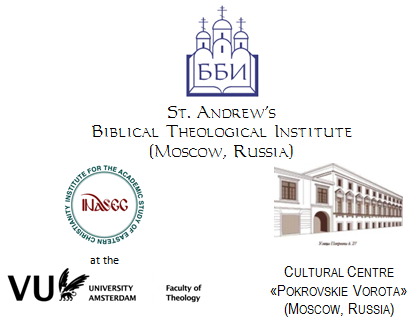 RELIGIOUS CONSCIOUSNESS IN A POST-SECULAR SOCIETY

Religious consciousness is not a homogenous and immutable thing; it is dependent on historical, cultural and political context, and may experience drastic changes over time. In today’s so-called post-secular society religious perception is to a significant degree shaped by ideas coming from science, popular culture, mass media and other spheres. Being affected by different aspects of contemporary life, religious consciousness is becoming a very complicated and tangled phenomenon.

If, for example, one claims to be a Christian, this does not necessarily imply that he or she unconditionally accepts all the doctrines of Christianity or complies with its traditional moral norms. On the one hand, the notion of critical thinking, the ideas of human rights and civil liberties underlying contemporary civil society have had a significant impact on the contemporary perception of religion, so many educated Christians today do not accept at all, or at least interpret in a metaphorical way, those religious concepts, doctrines and practices which seem incompatible with their views and knowledge. Thus, one can disregard as illogical the doctrine of the Trinity or understand metaphorically Christ’s resurrection and his divinity, at the same time considering himself or herself a good Christian and regularly attending church. On the other hand, many ordinary Christians can easily embrace ideas or practices borrowed from other religions or teachings (such as reincarnation, magic, etc.) which may contradict the doctrines of their own faith.

Religious consciousness is thus a variegated phenomenon which is difficult to systematize. However, in order to understand religion today it will not be enough just to study the doctrines and rites of certain religious traditions. Investigating religious consciousness reveals how people here and now really perceive religion or even make it. Discussing and understanding this is very important for developing the dialogue between religion and contemporary post-secular society, in which religion is playing a more and more significant role. This discussion is also important for interfaith dialogue because different religions, despite all their differences in doctrines, rituals and customs, often have much in common when we consider religious consciousness.

Those who wish to present a paper should send a summary (400–500 words) by email to St. Andrew’s Institute by 15 October 2017. The Organizing Committee selects papers for the Conference and sends invitations to the speakers. The full texts of all selected papers will have to be submitted by 1 December 2017. The working languages of the conference will be Russian and English.

Papers are scheduled for 20 minutes each. Some of the papers will be published in St. Andrew’s quarterly Pages: Theology, Culture, Education. Registration form can be found on St. Andrew’s website www.standrews.ru. Registrations, summaries and papers should be sent to:

The Conference will assemble on Tuesday, 12 December for the opening ceremony in the evening. Participants will depart after breakfast on Friday, 15 December. The organizers can assist the speakers in finding suitable accommodation in Moscow. Some scholarships to cover part of expenses for participation in the conference might be available upon request.